One of my favorite hymns is the song “Nothing but the Blood”.  In the opening verse the hymn asks the question, “what can wash away my sin?”, then gives the answer “nothing but the blood of Jesus”.  As Christians all around the world take time to both reflect upon and celebrate Easter, I am saddened by how many claim Christ yet really do not understand the purpose of the cross.  Many have some kind of understanding of forgiveness of sin but do not know how it applies to them. 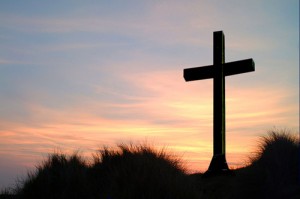 To understand the cross is to understand substitution.  One of the key themes throughout the Bible is substitution.   In the garden after Adam and Eve sinned, God provided for them garments of an animal skin to wear.  Because of their sin an animal died so they could live.   On mount Moriah, Abraham placed his son Isaac on the altar as a test of obedience toward God.  Right before Abraham was to sacrifice his son, God provided a ram to be sacrificed in place of Isaac, as a substitute.

When the children of Israel were in bondage in Egypt, God sent the final of 10 plagues into the land, which was the death of every firstborn.   It was only those whose doorposts had lamb’s blood over them who were spared this final plague.  Because the lamb died, the firstborn lived.

As God gave the law to Moses it was told that there is no atonement for sin without a sacrifice of life (Lev 17).  Thus as we read through the law, and especially the book of Leviticus, we see over and over again that when a human sinned, an animal died so to the human could live.

The death that Jesus died was a death to end all deaths.  For those who would turn to Jesus and by faith put their trust in him, he would become their great substitute.  It is only through Jesus, the true Lamb of God, that we truly can have forgiveness of sin.  It was at the cross that all of our sin became Jesus’ sin and all of Jesus’ righteousness became our righteousness.  This is the greatest of all news!  Instead of leaving us dead in our sin, the perfect Son of God came and substituted his life that I might live.

The final verse of “Nothing but the Blood” speaks of the blood of Christ and says “this is all my hope and peace”.   Would you cry out to God today and put your hope and peace in the sacrificial/ substitutionary blood of Jesus?

I encourage and plead with you if you have never trusted in the finished work of Jesus on the cross to let these words wash over you :

“He was despised and rejected by men; a man of sorrows, and acquainted with grief; and as one from whom men hide their faces he was despised, and we esteemed him not. Surely he has borne our griefs and carried our sorrows; yet we esteemed him stricken, smitten by God, and afflicted. But he was wounded for our transgressions; he was crushed for our iniquities; upon him was the chastisement that brought us peace, and with his stripes we are healed.

All we like sheep have gone astray; we have turned—every one—to his own way; and the LORD has laid on him the iniquity of us all. He was oppressed, and he was afflicted, yet he opened not his mouth; like a lamb that is led to the slaughter, and like a sheep that before its shearers is silent, so he opened not his mouth. By oppression and judgment he was taken away; and as for his generation, who considered that he was cut off out of the land of the living, stricken for the transgression of my people?

And they made his grave with the wicked and with a rich man in his death, although he had done no violence, and there was no deceit in his mouth.  Yet it was the will of the LORD to crush him; he has put him to grief; when his soul makes an offering for guilt, he shall see his offspring; he shall prolong his days; the will of the LORD shall prosper in his hand. Out of the anguish of his soul he shall see and be satisfied; by his knowledge shall the righteous one, my servant, make many to be accounted righteous, and he shall bear their iniquities.

This Easter let us rejoice that through the death of Christ we can truly live!