This past weekend my family and I celebrated my grandparents’ 60th wedding anniversary.  This is truly an amazing feat that most of us will never attain.  It was fun for us all to listen as they told stories of their wedding day so many years back.  What a blessing!  It is such a shame that in our culture marriage has fallen on such hard times.  On average every other marriage will end in divorce.  The courts continue to redefine what marriage is or what it is not.  Cohabiting has become celebrated as something preferred and better than marriage.  Things have gotten so bad for marriage that a few months back I was watching several golf experts on television saying that the best thing for Tiger Woods would be if he got a divorce! 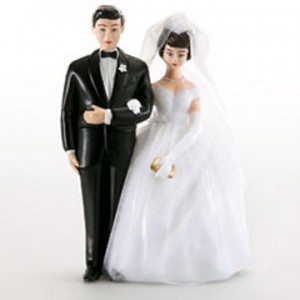 Like most things in life, the Scriptures have a much different outlook on marriage than popular culture. Indeed the Scriptures look at marriage as one of the greatest gifts God has given to mankind and should be both celebrated as well as protected.  As we live in this society that devalues marriage and sees no true need for it, here are a few points of what Scripture teaches us.

1.  Marriage is the tool God has given mankind for procreation.  In Genesis 1 Scripture tells us that mankind is created in the image of God, thus being different from all of creation.   One of the responsibilities God gave to Adam and Eve was to be fruitful and multiply.  Similarly after the flood God told Noah and his family that they too were to be fruitful and multiply.  Thus this image of God found in man was to spread throughout the globe.  It is in the bounds of marriage that man and woman are to come together and receive the blessing of children and fulfill the mandate to multiply.

2.  Marriage is the tool God has given mankind for fellowship.  In Genesis 2 after Adam named all of the animals he realized that he was one of a kind.  God had compassion on Adam and after taking one of Adam’s ribs he formed Eve to be Adam’s perfect helpmate.  Adam and Eve were to enjoy each in perfect fellowship as they cared for the Garden of Eden.  In fact, this marriage bond was to be so tight that through marriage Adam and Eve were to be as one flesh.

3.  Marriage is the tool God has given mankind as the great picture of the gospel.  In a wedding there is a bride and her groom.  The groom is there to be the loving head of the family by providing much care and concern for his bride.  This picture is what the apostle Paul uses to describe the loving relationship between Jesus Christ and his bride, the church.  The gospel is the good news that Jesus loves his people and died on the cross in their place, so that their sins could be atoned for; the gospel is the good news that Jesus will someday return and take his bride into a perfect eternity in the presence of God.

When we look to a marriage we should be reminded of the great love that Jesus has for his people.  As great as it was to celebrate 60 years with my grandparents how much greater will it be to celebrate eternity with all of the redeemed, because of what Christ has done?  Praise be to God for marriage and praise be to God that in his grace he would send Jesus for the church!