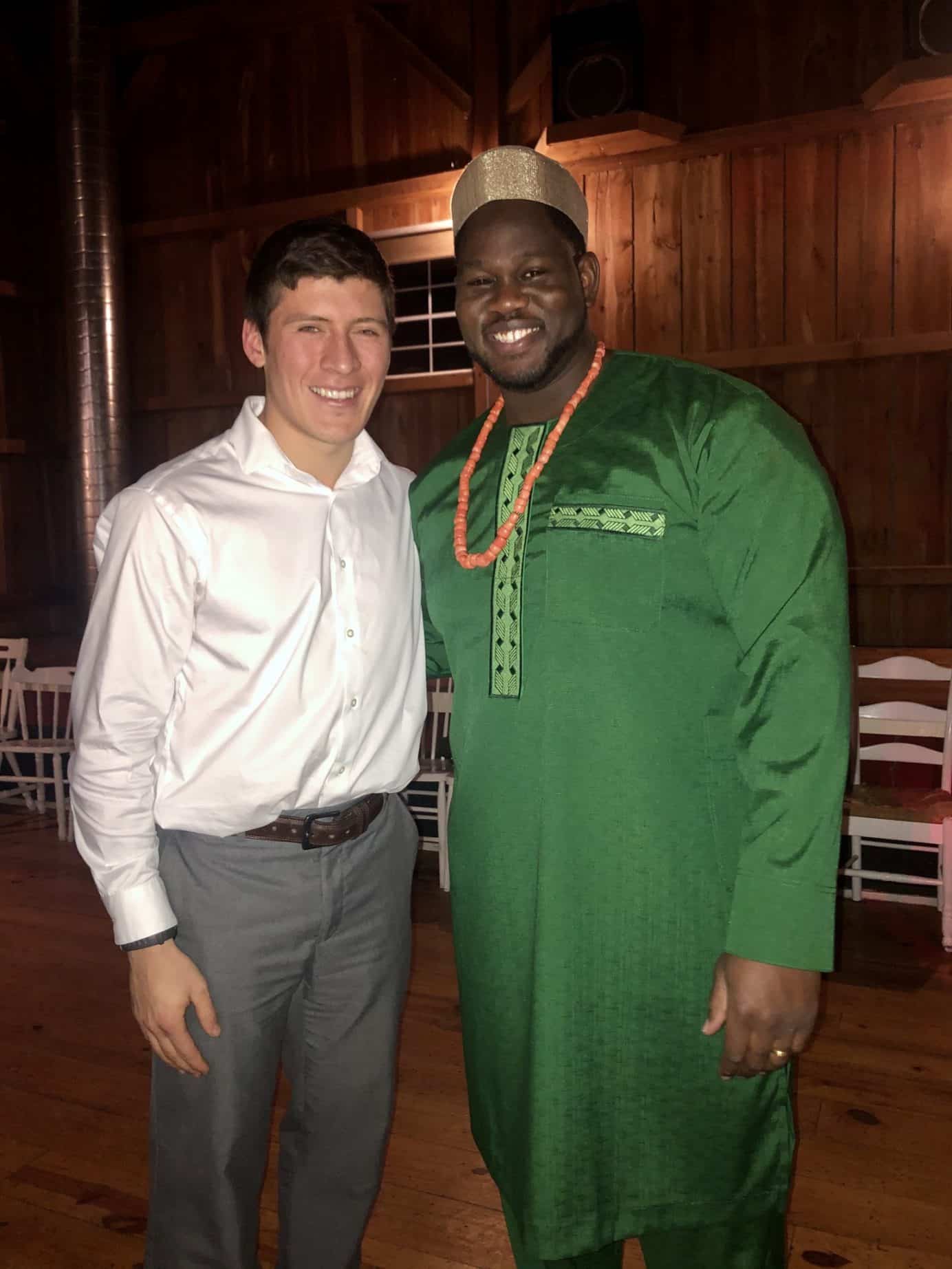 (This is post is part of a series of blogs we will be doing throughout 2020 as we prepare for our 10 year anniversary at RVC that we will celebrate on 12/5/20. To search under the tag “RVC 10 years” to read other post in this series)

“Remember that at one time you were separated from Christ. . .having no hope and without God in the world.” Without God in the world, our view of the world becomes bleak. Without a divine creator, we realize that we came from minuscule particles near deep sea vents, and have no significance outside of the significance we bestow on ourselves. Of course, faith in a creator and evolution are not necessarily opposed to one another(many devout Christians hold this tension); however the theory of evolution that works as a worldview, completely independent of divine intervention, leaves one in a bleak world indeed. We are left without the resources to defend or place meaning into those things which we hold most dear: Justice, the strong defending the weak, beauty, moral goodness, righteousness, or love. Since there is no creator, we have to assume that these are social constructs and although we may wish others to also appreciate and follow our beliefs, we mustn’t and cannot force them upon others because, as we know, all truth is relative. You have yours and I have mine, and let us keep that straight! However as we think more about this, we realize that this argument doesn’t hold water; we do want others to hold to our beliefs because we do believe them to actually true.  Again and again we run into an objective moral reality that exists outside of us, that we cannot escape, even through gallons of philosophy and reason. We find ourselves in an age of longing, an age of wondering what the purpose of our lives are, an age where Mumford and Sons say we are “Hopeless Wanderers”.

Into this secular age, the Gospel continues to trumpet its message. We learn from history that Jesus Christ was a real man that really walked the earth, was really crucified, and according to those closest to him and droves of other Jews and gentiles, rose again from the grave. History peaks into his tomb and we see that it is still empty. We hurl heavy grenades at the Bible, especially at the historicity and accuracy of the New Testament but find it be a sturdy vessel, capable of withstanding much shrapnel. As we continue to peer into Christianity we are surprised to see it is not only intellectually legitimate but carries resources within it that are able to transform individuals and subsequently families and entire societies.

At the age of 21 I faced a minor(or maybe major) existential crisis, being bombarded with the easily answerable questions of, “What is the purpose of life?”, “What is the reason behind any of my actions?” and “Is there any meaning to any of this?” This led that that 21 year  old to attend Buddhist seminars, transcendental meditation sessions, and led him to dive headfirst into the New Age movement. One of the most compelling authors in this religion was Neal Donald Walsh, with his trilogy called Conversations with God, where he claimed to be speaking with God himself. However, Neal did make some errors, he included Bible verses throughout his books. Like flaming javelins these various verses would leap from the page and lodge themselves in me. Around this time a childhood friend reached out to me and asked, “Hey wanna check out this church with me?” Having thought I couldn’t sink any lower, I said, “Of course.” What I didn’t anticipate was how this decision would shake all the world-views I had previously constructed. There stood the pastor, donned in his newest red, Badger T-shirt, bespectacled and speaking in a way that touched on divine realities but was delivered in such a way where mere mortals could understand.  That morning he defended the biblical sex ethic, sex is to be only within marriage between a man and a women. He may as well been speaking Mandarin because his message collided against the hookup culture(that I had wholeheartedly embraced) and the idea that truth is relative, unique to each individual. Could what he be saying be objectively true? Like true for me and true for you? But could it be true for him too? I knew intrinsically that it was, which was exciting but would later lead to terror. It became clear that if what he taught was objectively true, then other true truths must exist.

This dear friend invited me back to church again and again. I began imbibing all I could, as a dried sponge does when run under fresh water. One week the pastor printed off a copy of Paul’s letter to the church in Colossae and like Gollum who rediscovered his precious, I clutched that wood pulp, stashing it in my top dresser drawer, greedily reading and rereading the ancient texts. After months of exposure to Christianity there came a moment of decision. I had read enough of the Bible to understand the character of this God: He demanded integrity, honesty, love for thy neighbor and enemies, giving away of one’s own hard earned money(!), and ultimately a love for Him. Squinting into my past, I knew I came up short in every area, and actually lived perpendicular to his character, taking advantage of people, always putting the needs of myself above theirs, and having no heart to love Him. I had read that this God also wanted to be in a living, breathing relationship with me. This was too much to fathom. So as I lay in a mosquito infested rundown church, feeling the weight of my wrongs searing upon my conscience I uttered a simple prayer, “God if you are real, you can have my life and use it. I have made a mess of it.” Words do a poor job of portraying the experience that came over me but I will try: The dark cloud that had hovered over me, drenching me with a slow drizzle, lifted, light and life came into my eyes,  the shame and guilt that suffocated me evaporated, and for the next week I spoke very little, delighting in and pondering the treasure that God had given me. I later realized that what occurred that night, was that I was given God’s Spirit,  I had come to trust in an alien righteousness, that from his Son, and that I was adopted into God’s family both now and forevermore.

“What shall I render the Lord for all his benefits to me?. . . I will sing to the Lord as long as I live. I will sing praise to my God while I have being. . . Bless the Lord on my soul! Praise the Lord!”