One of the cassette tapes that I had to hide from my parents when I was little was a Public Enemy tape.  Public Enemy was a rap group from the late 80s and early 90s with lyrics laced with profanity which is why I hid it from my parents.  Perhaps my favorite song of theirs was one of the most popular songs “Don’t Believe the Hype”.   The group wrote the song to encourage their listeners to not believe all that was out there with regards to their reputation.  While I have no idea how much of Public Enemy’s reputation was justly given or just “hype”, I do think as Christians living out our Christian faith, we should not always “believe the hype”. 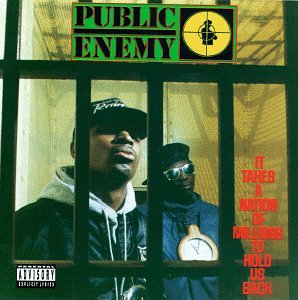 Within the evangelical church in the United States far too often we fall prey to false advertisement.  We get trapped into to thinking the Holy Spirit is truly at work within a church or at an event when in reality it was clever marketing, powerful music, or some kind of emotional high that we experienced rather than the power of the Spirit.  In Paul’s final letter to Timothy he warns to beware of people that have “itching ears”, who look for things that suit their own passions and desires.  These people in some ways are learning but are never truly growing in the faith.  He commands Timothy to “preach the Word” in season and out of season because it is through the Word that the Spirit chooses to work and operate.

Far too often you go into evangelical churches that have a great band, awesome lighting, and inspirational sermons, yet you never hear about Jesus Christ and him crucified.  These churches put out tons of energy, provide emotional uplifting making us feel that we were really touched by God.  However, as Christians we need to be discerning; we need to be sensitive to the Spirit; we need to be desperate for the gospel; we must come broken, wanting to hear from the Scriptures.   In many ways we must not believe the hype.

1 thought on “Don’t Believe the Hype”