In many cultures it is admirable and highly looked upon when one leaves some kind of inheritance to the generation who proceeds them. Often we have heard people say that they want to make sure their children or grandchildren have the things in life that they did not. 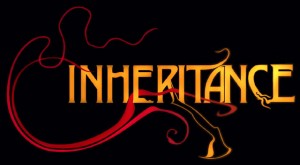 As believers I do not think we have that same approach to our Christianity. As we live out our Christian faith we do not think about how we can work hard for the glory of God to make things better for the generation who comes after us.

Often as believers when we stumble and fall in our Christian life, we forget our place in God’s greater plan. Far too often we are the center of our lives rather than our Creator, and we make Christianty about us and our agenda instead of about Jesus Christ.

One of my favorite passages in the New Testament is found in the little book of Jude. In verse 3, Jude wrote that he was both eager to–and found it necessary to–remind his readers that they were to contend for the faith that was for once for all delivered to the saints.

As he wrote that, Jude was reminding his readers that Christianity is much bigger than we often look at it. When we make Christianity about our own personal desires or agenda we cease to contend for the faith, and we cease to remember the stewardship of the gospel that was given to us.

As Christians we must remind ourselves daily that we are simply one piece of the incredible puzzle the Lord is putting together as he works out his plan of redemption.

So the question we must ask ourselves is how are we contending for the faith? How are we handing down the truths of the gospel to the generation coming after us? How are we going to use the life God has given to us to make his gospel known to not only those around us now but also to those who will come after us?

In the end, for the single mom who worked two jobs to put herself through college, it was worth all the extra work knowing her kids would not have to live in the projects.

In the end, for the believer who worked hard because of their salvation in Christ, did what was nessessary, and made great sacrifices to contend for the faith, it will be all worth it once they meet Jesus and hear him say, “Well done good and faithful servant”.

May the incredible sacrifice Christ made on our behalf compel you to also live a life of sacrifice for his glory.